Made it to Teslin, time for a brain break.

Next, on the Whitehorse for the night. We’ve been in rain much of the night
and most of the day, so ditching the campground in favor of a hotel with
hot water and a hair dryer (for drying the gloves and stuff). Tomorrow,
Skagway.

Some additional pics of:

Getting gas last night in Muncho Lake (very pretty ride getting there,
GoPro pics some year later). Doug almost got boxed in at the pump. :p One
person we talked to was headed from Alaska to Florida. What a haul!

Camping at Liard River Hot Springs Provincial Park. We got there so late we
had to “break in” (they leave the exit gate with the chain looped through
but not actually locked) so no sitting in the springs for us. Two nights
later at Chena Hot springs though so we’ll get some hot water eventually.

Yukon Territory. We’ll have to catch a better welcome sign, but proved that
we made it. 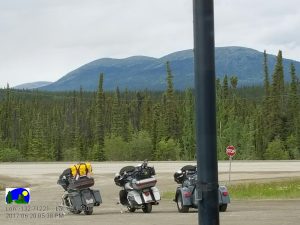 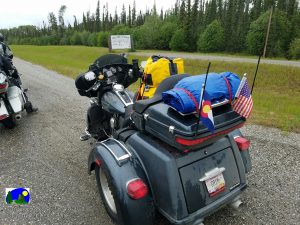 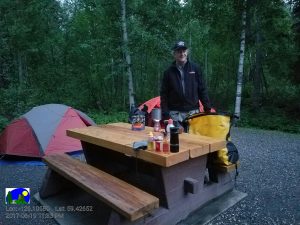 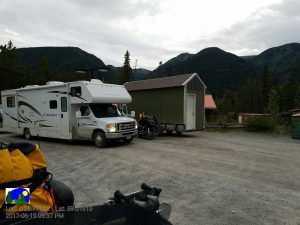